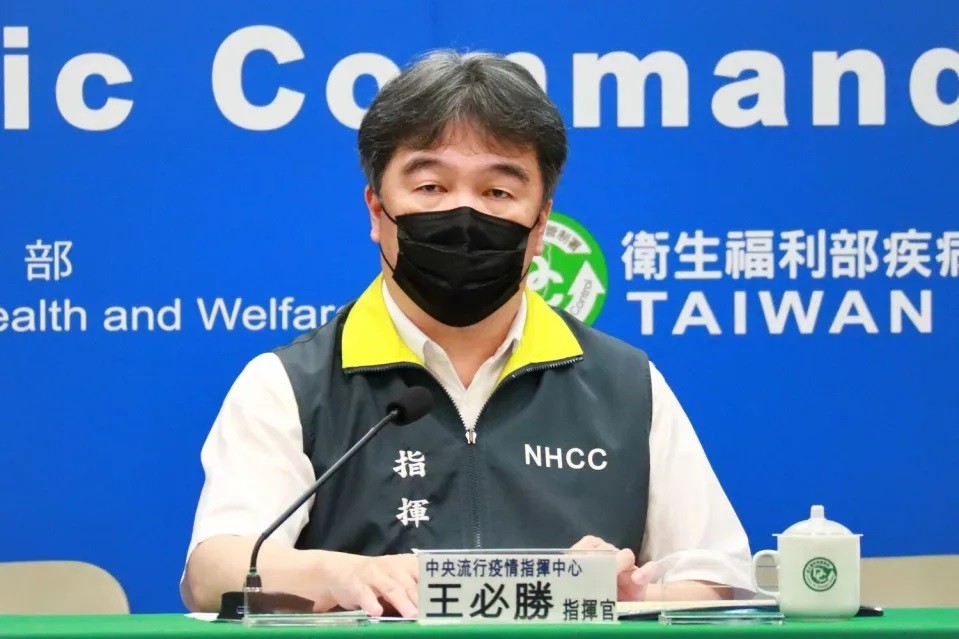 TAIPEI (Taiwan News) — The Central Epidemic Command Center (CECC) on Thursday (Dec. 22) called on Germany’s BioNTech (BNT) to open a branch office in Taiwan instead of using China’s Shanghai Fosun Pharmaceutical as an intermediary, or depending on the charity of billionaires to purchase the vaccine for Taiwan.

Fosun Pharma, which won exclusive rights to distribute the Pfizer-BNT COVID vaccine to the “China market” (said to include Taiwan in 2020), said Wednesday (Dec. 21) that future orders of the vaccine can be replaced with the Omicron BA.4/BA.5-adapted bivalent vaccine. CECC head Victor Wang (王必勝) said the statement is a “bit strange” because over 20 million doses from BNT have already arrived in Taiwan and that “of course, new purchases will be of the next generation version.”

Responding to claims that Foxconn founder Terry Gou (郭台銘) had agreed with BNT to purchase 30 million doses of the latest version of the vaccine, Wang said the center had not done so. Wang said that Fosun Pharma’s statement was very brief, and he was not sure if that meant it would involve a more flexible contract, such as the one Taiwan has with Moderna.

According to Wang, under the Moderna contract, if a new version of the vaccine is released, Taiwan can opt for the newer product instead of the originally ordered jab. He emphasized that the center prefers the flexibility the Moderna contract provides.

Wang said the process of purchasing vaccines from BNT in the past “was anything but smooth.” He pointed out that in January 2021, the contract Taiwan negotiated with BNT was suddenly terminated.

The purchase then had to be made through the private sector, including Gou’s Yong Lin Charity and Education Foundation, as well as the Buddhist Tzu Chi Charity Foundation and Taiwan Semiconductor Manufacturing Co.

Hinting at the pressure Fosun Pharma placed on BNT, Wang said the problem was not a lack of funds on the part of Taiwan. Wang said the scuttling of the contract “caused great inconvenience to Taiwan and affected mutual trust.”

He cited Moderna as an example of a vaccine company that has already set up a branch office in Taiwan. He pointed out that there were details that needed to be discussed recently, and they were all communicated face to face.

The CECC head said he hoped that BNT could also set up a branch in Taiwan or be represented by a Taiwanese company. Wang said BNT’s current method of communicating with the CECC via text is “inconvenient and inaccurate.”

Wang said the center has never ruled out the purchase of next-generation BNT shots and that it is, in fact, part of the plan. He added that Taiwan has bought 23 million doses of the BNT vaccine and 26 million doses of the Moderna vaccine, demonstrating that demand for the two vaccines is similar and the Taiwan market is substantial.

However, Wang said that Taiwan already had enough doses of the next-generation vaccines and has not yet considered making new purchases. He called on the public to proactively get vaccinated and said that if there is no demand, it will also affect the center’s decision-making process when acquiring new vaccines.