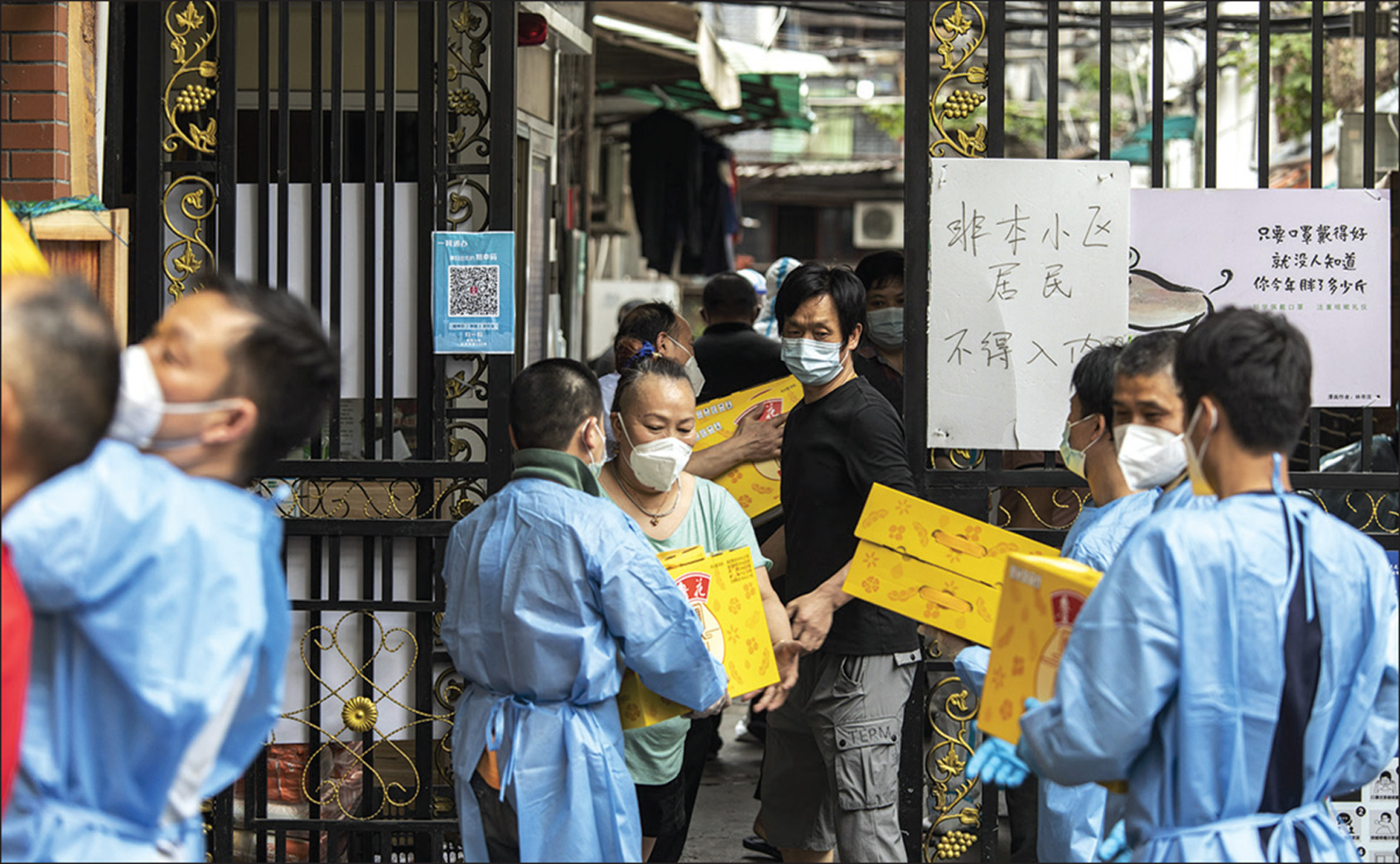 In a nation with more than 1.4 billion residents, there is public skepticism about the accuracy of the NHC figures because they are much lower than what experts predicted even before the end of zero-COVID on December 7.

In an email to VOA Mandarin, the spokesman for the Chinese Embassy in Washington, Liu Pengyu, said, “China’s National Health Commission releases Covid-19 related data every day and the data is accurate.”

Mr. Hsu, a 30-year-old fitness coach living in Guangzhou who didn’t want to reveal his full name and attract the attention of authorities, believes otherwise. He told VOA Mandarin that the number of cases was exploding. He described a shortage of medicines, including the fever-reducing ibuprofen, and difficulty in obtaining rapid testing.

The public perception of caseloads rests more on gut feelings than scientific proof, the coach said. Like him, people are judging the outbreak’s severity on the growing number of sick family members, friends and coworkers. People who doubt the official statistics point to the photos and videos of crowded hospitals circulating on Chinese social media as proof of the outbreak’s severity, he added.

Tony Hsiu-Hsi Chen, a professor at the Institute of Epidemiology and Preventative Medicine of National Taiwan University, told VOA Mandarin that more than 100 million infections and 1.6 million deaths are likely, because, based on the experiences of Japan, South Korea and Taiwan, more than 70% of the population would be infected.

Jennifer Bouey, an epidemiologist who is a senior policy researcher holding the Tang Chair for China Policy Studies at the RAND Corporation, told VOA Mandarin last week that the low official caseload “is really just the beginning … I expect that it will last, you know, several months, and depends on how the healthcare system stands.”

Data modeling published by The Economist on December 15 predicted that China’s death toll could be 1.5 million. A study by Hong Kong researchers published by Bloomberg December 14 predicted a death toll of nearly 1 million in China. Earlier modeling studies released on November 27 by Airfinity, a predictive health analytics company, and quoted by Nature on November 30, suggest that the omicron variant could infect from 160 million to 280 million people, resulting in 1.3 million to 2.1 million deaths in China, largely among unvaccinated older adults.

According to the model published by The Economist, in the most severe scenario, about 96% of the population would contract the virus within the next three months, demand for ICU beds would soon outstrip supply, and people over age 60 would account for 90% of deaths. At its peak, nearly 2% of the working-age population would get sick and develop symptoms.

But if the Chinese government is prepared to vaccinate 90% of the population with booster shots and has enough antiviral drugs to treat 90% of cases in people 60 or older, The Economist’s model suggests fewer than 72,000 people would die.

Wang Xiangwei, former editor-in-chief of the South China Morning Post, told VOA Mandarin that the number of cases announced by the official NHC might not accurately reflect what’s going on. He said because the Chinese government has canceled mandatory, large-scale PCR testing, many people who test positive at home are reluctant to report that they are infected to avoid being forced to isolate in quarantine centers.

Hsu said he was one of the people who didn’t report his infection. He told VOA Mandarin that he tested positive at home on December 13. Despite having a severe cough, Hsu said he decided to drink hot water rather than take medicine and felt better the next day.

Bouey said that based on the experiences of other Asian countries, “I think that the health care system limit will be reached very quickly, probably in the models showing about 30 to 40 days,” which would roughly coincide with the Lunar New Year. The traditional festival begins on January 22 and culminates with the Lantern Festival on February 5.

Bouey said the Chinese government wasn’t prepared for the onslaught of cases when it abruptly changed its zero-COVID policy, given the low rates of booster vaccinations, a lack of antiviral drugs and too few intensive care unit (ICU) beds per capita.

Wang believes that since the number of new infections does not reflect the real situation, China should focus on announcing the number of severe cases and the ICU bed occupancy rate every day and compare them with the total number of available hospitals and ICU beds.

He says Beijing should encourage all provinces and cities to publish their data, so people can judge for themselves what’s going on. Wang said, “I think this may be a more realistic judgment.”

Taiwan calls on BioNTech to cut out China as middleman
Analysis: As COVID soars, China has 2 chains of command