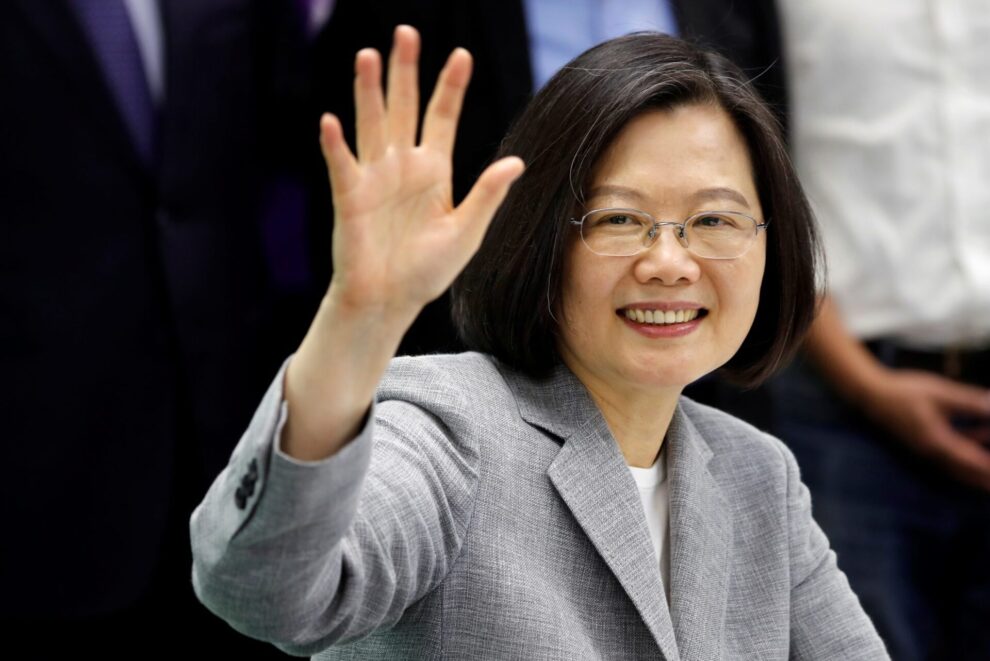 More cooperation with Taiwan is needed to counter the expansion of authoritarianism, Lithuanian lawmakers said during a meeting with President Tsai Ing-wen (蔡英文) on Thursday (Jan. 12).

Lithuanian parliament defense committee chair Laurynas Kasciunas said his country is a bastion of democracy and freedom and that it is located on a geopolitical frontline, like Taiwan. “This creates a possibility and opportunity and need to work together,” Kasciunas said.

After Lithuania deepened ties with Taiwan, Kasciunas said he was often asked why his nation decided to do so. Lithuania has “anti-communist DNA,” and Taiwan does too, which is what unites the two countries, he said.

When facing Chinese coercion, Kasciunas said Lithuania felt “pressured, sanctioned, harassed,” but is surviving. “We would like to be a role model for other nations to work together and to show that we can be free in our decisions,” he said.

This is why Lithuania needs Taiwan’s support, cooperation, and partnership in different sectors such as in economy, investment, and technology. This visit also opens the possibility to discuss security and defense matters, he added.

Vice chair of Lithuania’s parliamentary Taiwan friendship group Dovile Sakaliene said her country understands the challenge Taiwan is facing every day in the from of “threats and pressure” from China.

Sakaliene said Taiwan’s efforts to defend its citizens’ right to self-determination and build relations with the world is “a heroic act.” “It is unfair that you have to fight for this. And in this, we do understand you, with all our hearts,” she said.

Sakaliene called Russia and China both “bloody genocidal empires”. While China is still communist, Russia claims to be “ex-communist,” which she refused to believe. “I don’t believe there are ex-communists. This mindset is forever,” she said

The world has learned its lesson concerning Russia through the war in Ukraine and is paying the price, Sakaliene said. This goes to show how important it is to prevent an invasion of Taiwan, she said.

“If China is allowed to have its way, then it would not be a regional problem but a global problem.” The lawmaker urged the two nations to expand “all possible areas” of cooperation.

The two parliamentarians are part of a delegation visiting Taiwan. The group is meeting with government officials and defense and security think tanks to learn more about current cross-strait tensions and exchange views on the threats Taiwan and Europe are facing.

The delegation is scheduled to depart on Jan. 14