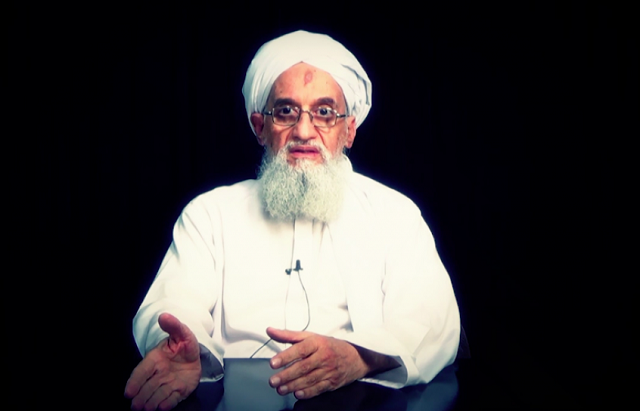 The level of influence and intensification contributed by al-Zawahiri to the contemporary wave of terrorism that continues to plague the world remains unmatched.
Post Views: 135

Colombo (04/09 – 20.00) As two raging hellfire missiles fired from a US military drone slammed into the balcony of a compound in Kabul, the world grew less dark – another terrorist was slain. The death of al-Qaeda’s Ayman al-Zawahiri rang alarm bells across the world and the shock waves from this incident will be heard for time to come.

Al-Zawahiri rose to become the supreme leader of al-Qaeda after the assassination of Osama Bin Laden in 2011. Even during the life of bin Laden, al-Zawahiri was seen as his ‘right hand’ in terror attacks against the US and the world at large. Being one of the masterminds of the 9/11 attacks alongside Khalid Sheik Mohammed and bin Laden, al-Zawahiri was placed on the FBI’s ‘Most Wanted’listand suffered a $25 million bounty on his head. After 9/11, al-Zawahiri operated underground hiding in tribal Pakistan and Afghan hideouts.

The US security apparatus tracked him for decades as he was seen as the only 9/11 leader who had not yet been brought to justice. The US was desperate to hunt down al-Zawahiri as this would give (some) solace to the families of the victims of 9/11. US President Joe Biden announced after the strike that ‘justice has been delivered’ and that this was ‘one more measure of closure’ – something that must be answered by the very fragments of victimhood from the devastating attacks and not by someone reading a pre-written script off the teleprompter – but that’s a story for another day.

Like Anton Balasingham was the ideologue behind the LTTE, al-Zawahiri was the ideologue and theoretician that drove the al-Qaeda terror machine to wage international operational capabilities. While bin Laden was considered the ‘cave man’ leader, it was al-Zawahiri that pushed for international militancy and global jihad. Before and after the death of bin Laden, al-Zawahiri continued to function as one of the most influential leaders of al-Qaeda – or any terror group for that matter.

Al-Zawahiri hailed from a prosperous family in Egypt but fell into the ideological trappings of religious extremism – a haunting similarity to the stories of almost all Islamist suicide bombers who spilt innocent blood on that sad Sri Lankan Easter morning. Al-Zawahiri walked into the trap and then functioned as the trap by baiting tens of thousands of Islamists to fight for a rugged ideology of hate and destruction – including founding leader of the Islamic State, Abu Musab al-Zarqawi.

Prior to becoming fixated on the Afghan-Pakistani window of war, al-Zawahiri functioned as the head of the Egyptian Islamic Jihad, a terror cell in North Africa that also aimed to assassinate Egyptian President Anwar Sadat in the early 1980s. Having served briefly in the Egyptian military, al-Zawahiri rivalled against Abdullah Yusuf Azzam, who was a theoretician and advocate for defensive jihad in attracting the Mujahideen to fight the Soviets. After Azzam was assassinated in Peshawar, Pakistan in 1989, al-Zawahiri joined bin Laden as his physician and ideologue.

Al-Qaeda has always been a close ally of the Taliban. For years, the members of both groups have worked collectively against their ‘outsiders’, starting with the Soviets and then the Americans. Al-Qaeda was the primary bone of contention between the Taliban and the US which ultimately led the US to fight its longest war in Afghanistan. After bin Laden launched the 9/11 attacks, America made sure that the Taliban paid the price for harbouring the group. History seems to repeat itself as once again the US is hunting al-Qaeda in Afghanistan, while its Taliban rulers are oblivious to international pressures.

From the perspective of geopolitical power play, the slaying of al-Zawahiri in Taliban-controlled territory questioned not just the legitimacy of the Taliban government but also the commitments of the US to establishing peace in Afghanistan. This incident has revealed a deepening gulf between the key stakeholders of the Afghan war. As per the Doha Agreement signed between the US and the Taliban, the Taliban provided assurances that Afghan territory would not be used as a launch pad for al-Qaeda – but who trusts the terrorist?

The simple fact that the leader of al-Qaeda was relaxing in the capital of the Taliban underpins how the Taliban continues to function as a state sponsor of terror. The Taliban government has repeatedly denied knowledge of al-Zawahiri’s presence. But who doesn’t realise a top-notch jihadist sitting in your living room? Can the international community ever trust terror groups or their proxies? Of course not. While the LTTE international network banks on widespread misinformation and falsehoods, the Taliban leadership attempts a fabrication strategy of their own, in hopes of taking a step closer to international acceptance. The Taliban-al-Qaeda alliance remains vigorous in the face of their Western adversaries and antagonist terror factions.

Experts claim that the killing of the al-Qaeda leader on Afghan soil will not bode well for the Taliban government, which is already struggling to stay afloat on multiple fronts. The potential failure to gain international ratification and an almost non-functional economic functionality places the Taliban in an even tighter position. However, it could be opined that the al-Zawahiri problem could actually benefit the Taliban. The assassination of al-Zawahiri, whilst punishing the Taliban, would also equip and strengthen its pragmatists who seek to move away from fundamentalist jihad and return to its original Pashtun roots. The negative international reaction that emanates from this incident will favour the sectionalisation and sidelining of hardcore al-Qaeda defenders within the Taliban ranks. The killing of al-Zawahiri thus presents a dual benefit of dismantling current al-Qaeda leadership, as well as providing a rude awakening for the Taliban to step back and move again – a blessing in disguise with a splash of terror.

Ayman al-Zawahiri led a life of malice, hatred and utter belligerence. His death could serve as an unclimactic end to the highly influential al-Qaeda network if proper leadership fails to ascend to the thrones of terror. However, the favourable situation in Afghanistan and shifting global focus away from the Middle East and towards the Indo-Pacific allows al-Qaeda and its allied cells to be nurtured, harboured and sustained.

The level of influence and intensification contributed by al-Zawahiri to the contemporary wave of terrorism that continues to plague the world remains unmatched. Although al-Zawahiri is assassinated and the world is a much better place without that epitome of terror, his teachings, writings and speeches will continue to radicalise and convert innocents into extremists and extremists into terrorists across the globe.

Like the attack on Pearl Harbour catapulted the US into the forefront of the Second World War, the September 11 attacks propelled America to launch its global War on Terror. However, the re-emergence of the Taliban in Central Asia under props the feared possibility of al-Qaeda’s return to its tyrannical despotic rule of Islamist fundamentalism. The killing of al-Zawahiri remains one of Biden’s few successful trophies to date, but it is the next moves of the intelligence and security communities that will actually determine the future of the global Islamist threat. The threat will not cease but its operational capabilities could be greatly dismantled by much-need intelligence sharing mechanisms in the Indo-Pacific and Central Asia.