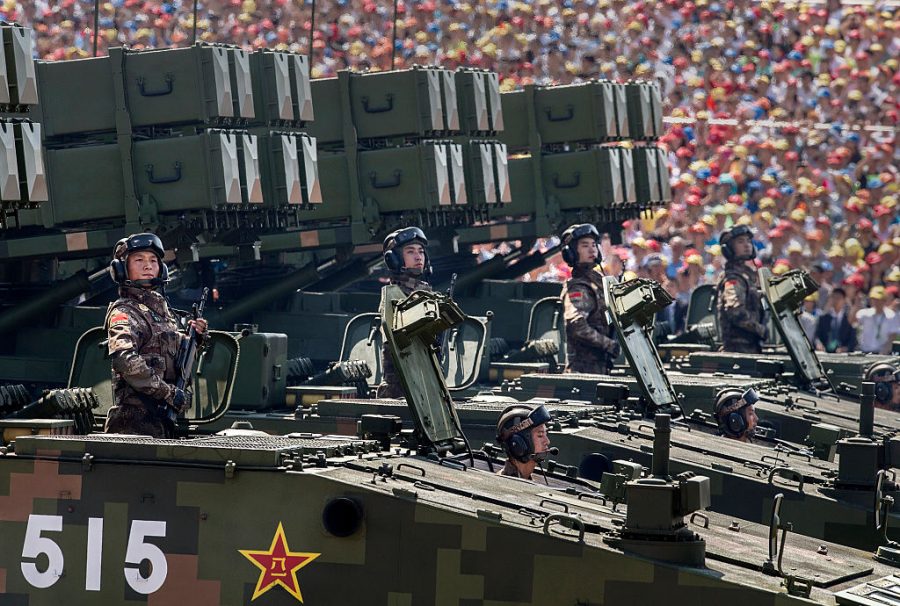 A war games simulation of a full-scale Chinese invasion of the self-governing island nation of Taiwan predicts “heavy losses” for all parties likely to be involved, including the U.S. and Japan.

The Center for Strategic and International Studies (CSIS) ran the simulation of a 2026 Chinese invasion of Taiwan exactly 24 times, drawing on historical data and operational research. The simulation’s events are included in an extensive report released Monday.

In most scenarios, an alliance between the U.S., Japan and Taiwan defeated China after three or four weeks of fighting — but at the loss of dozens of ships, hundreds of aircraft and tens of thousands of troops.

Mark Cancian, a senior adviser with the CSIS International Security Program and an author of the report, told The Hill the big takeaway from the simulation is that Taiwan can be sustained as an independent nation.

“But the cost is very high,” he added.

In the report, Cancian recommended policies and efforts to deter a future invasion, noting that even if a war is seen as risky for China, the nation still might consider a direct conflict.

“Although our analysis indicates that the United States and Taiwan would prevail and inflict heavy casualties, it’s possible to imagine the Chinese are looking at it differently,” Cancian explained. “That’s why we recommend enhancing deterrence so we don’t get into this situation in the first place.”

In recent years, China has increased its aggressive rhetoric against Taiwan, a democratic, independent country that broke from the mainland in 1949. The ruling Chinese Communist Party, however, sees the island as part of its territory.

The U.S. abides by the One China principle, which says Taiwan is part of China, but commits to informal relations with the island nation, including supplying arms for Taipei.

At the same time, the U.S. also commits to “strategic ambiguity” in the event of a Chinese invasion, making it unclear how American forces would respond.

The CSIS war games simulation did run a model on a “Taiwan stands alone” approach, assuming Taipei has no support from the U.S. or Japan — it ended with a quick Chinese takeover. Unlike with the U.S. arming of Ukraine against Russia, China could block off American supplies to the island.

The simulation draws on historical information and data for ground combat operations during an amphibious invasion, as well as speculative models on missile attacks based on the size of warheads and how much area they would cover on impact.

The games include a wide range of scenarios, taking into account instances in which China performs better than expected or underperforms in the invasion.

While the U.S. and Taiwan prevail in most scenarios, there are some conditions for success, according to CSIS, including that Taiwan must hold the line and that U.S. forces must have access to bases in Japan.

The model forecasts 19 scenarios in which Japan gets involved in the conflict. Japan is ambiguous about defending Taiwan, but Prime Minister Fumio Kishida announced last year a historic switch from a defense-only strategy and a major boost to its annual defense spending.

Although China has a larger presence in the South China Sea, the U.S. still has a stronger military across the globe, and several pessimistic conditions would have to come true for a military loss in the war, researchers said.

“What China is trying to do is very, very difficult,” said Cancian. “An amphibious assault on a hostile shore — even though the [Taiwan Strait] is 100 miles across — is just very, very hard.”

Still, any direct conflict between China and the U.S. would devastate Taiwan and possibly weaken the U.S. on the global stage, the simulation found.

There were some limitations of the model, including that it assesses China based on where its military forces would be in four years. China is pushing to build up a “world-class” military in the next two decades and is aiming to quadruple its nuclear arsenal in the next 13 years, according to the Department of Defense.

CSIS also did not simulate a scenario in which nuclear weapons are used, which would mean an entirely different type of warfare, or the possibility of a Chinese blockade of the island.

Another possible scenario is that Taipei quickly surrenders to China and puts up little resistance, or the war lasts longer than three or four weeks, which would mean more casualties.

Matthew Cancian, who modeled the conflict with his father Mark and has simulated other war games at the U.S. Naval War College, said the simulation is not “advocating” for the U.S. to “defend or not to defend” Taiwan.

“It’s just showing the cost and likely results of those choices,” he said.