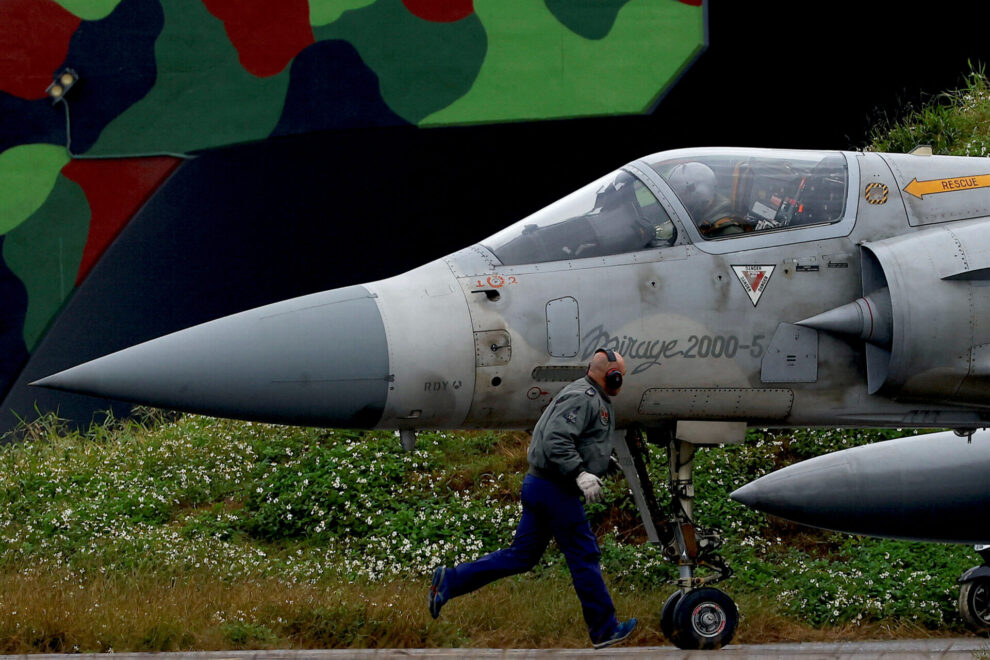 Hscinchi, Taiwan: A Taiwan air force officer revealed details on Wednesday of a rare interaction between the island’s military and NATO, describing how he had attended a six-month academic programme with senior officials in Italy.

Taiwan, claimed by China as its own territory, has no formal diplomatic relations with any NATO members, but has close defence ties with the United States, the island’s main international source of arms and NATO’s largest member state.

Speaking to reporters on a trip to the Hsinchu air base in northern Taiwan, air force Lieutenant Colonel Wu Bong-yeng said he had attended a six-month course at the NATO Defence College in Rome in 2021, returning to Taiwan in January last year.

“This was an academic exchange, not a military exchange,” he said. “Of course they were very curious about Taiwan.”

“They need to understand our country’s situation, and our abilities,” he said.

NATO did not immediately respond to a request for comment.

Taiwan’s defence ministry told Reuters that Wu was not the first officer it had sent to the defence college. It did not elaborate.

While the Taiwanese and U.S. militaries do cooperate, including some Taiwanese fighter pilots training in the United States, the island has only limited interactions with other foreign militaries.

In its new strategic concept agreed in June, NATO described China as a challenge to the alliance’s “interests, security and values”, as an economic and military power that remains “opaque about its strategy, intentions and military build-up”.

China has increased its military, political and economic pressure on the island over the past three years to assert its sovereignty claims, which are strongly rejected by Taiwan.

Taiwan has vowed to defend itself it attacked and says only the Taiwanese people can decide their future.

On Sunday, China again carried out combat exercises near Taiwan, the second time it has done so in less than a month. In August, China staged large-scale war games around Taiwan to express anger at then-U.S. House Speaker Nancy Pelosi visiting Taipei.

Hsinchu, better known internationally as a semiconductor production hub, is also home to one of the island’s most important air bases with responsibility for the defence of Taiwan’s north.

Flying exercises involving the air force’s French-made Mirage jets were held in front of the media on Wednesday in what the defence ministry said was part of routine drills.

Taiwan’s air force is well trained but dwarfed by that of China’s, and has come under strain from having to repeatedly scramble to see off almost daily incursions by Chinese jets near the island and in its air defence zone.