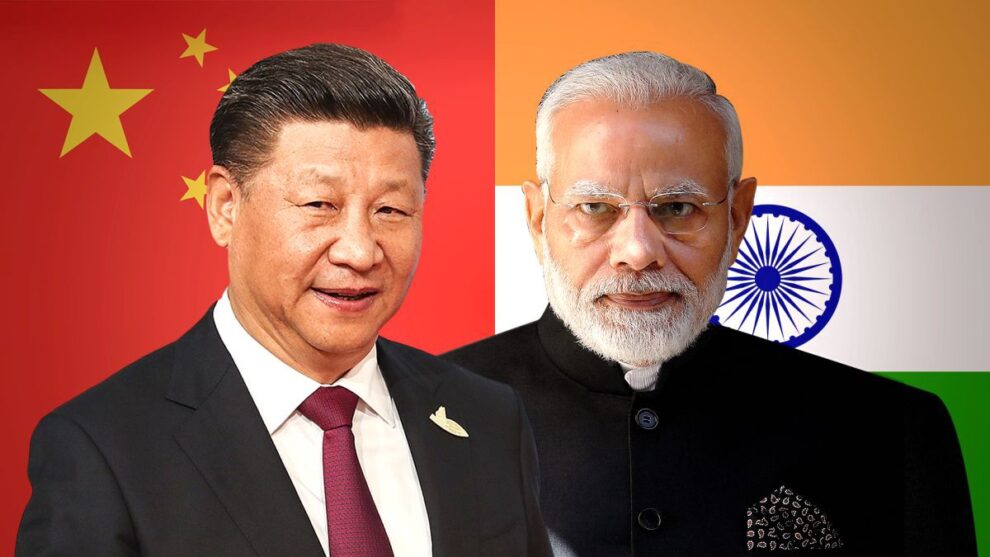 On December 9, 2022, hundreds of Indian and Chinese troops clashed along their disputed border. This recent encounter is emblematic of the continuing tensions between the two nations.

Not only does the skirmish itself reflect the increasing strain on the China-India bilateral relationship, but the news coverage in China also demonstrates a critical misjudgment of the depth of India’s concerns about China and its strategic priorities.

The territories along the China-India border have been a point of contention for both nations since their war in 1962.  While the Line of Actual Control (LAC) separates the disputed territories, it is not an international boundary, and neither country agrees on its alignment. The bilateral relationship dipped to a new low in June 2020 when a major conflict between Chinese and Indian troops in the Galwan Valley, located along the western sector of the LAC, took the lives of twenty Indian soldiers and four Chinese soldiers. Despite seventeen rounds of military corps commander-level talks, there has been no breakthrough. The December clashes near Tawang in the eastern sector of the LAC saw troops fighting for the first time in over a year, marking another setback for the relationship.

Soon after this clash, Indian External Affairs Minister S. Jaishankar claimed that China did not observe standing agreements not to amass force in border areas and has tried to unilaterally change the LAC. Indian Defense Minister Rajnath Singh stated that Chinese military forces have been increasingly claiming territories long under India’s control. He said that while India always aims to maintain cordial relations with its neighbors, it is militarily capable of protecting its territorial integrity and will do so if necessary. However, as evident by examining state-controlled as well as autonomous Chinese news media, China neither grasps the extent of India’s concern nor its perceptions about the border issue.

For the most part, Chinese news outlets have downplayed the recent clash. Unlike the proliferation of articles about the clash in the Indian news, Chinese media such as Xinhua News Agency, Caixin, People’s Liberation Army (PLA) Daily, and Pengpai have published only a few short articles. These mostly emphasize that the skirmish was quickly resolved in a diplomatic manner and call for the Indian side to work together with China to maintain peace on the border. They also lay the blame squarely on India, claiming that the clash occurred because the Indian army illegally crossed the LAC while the Chinese side was undergoing a routine border patrol. These brief accounts differ from the lengthy coverage in Indian media, which blames Chinese troops as the instigators.

The few longer Chinese media stories, such as those from the Global Times, also attempt to downplay the scale and intensity of the conflict. In addition, they blame the Indian media for exaggerating the clash and dwelling on it for too long. These pieces cast China as the sole actor trying to maintain peace in a region with a history of conflict. They frame the border dispute as just one small factor in the broader China-India relationship and argue that this relationship should focus on its common interest in economic development. According to these pieces, India should not be wasting its time on a “zero-sum game” of geopolitical thinking that works to obstruct the bilateral relationship rather than move it forward. This point of view is vastly different from the Indian government’s and media’s perspective, which sees the border dispute as the dominant sticking point in the relationship.

The Chinese media response to the December clash is not surprising when seen in the larger context of how China views India. While the 1962 war was seminal for India, prompting it to pour money into military modernization, China never saw it as a game-changing moment. Moreover, China’s laser-like focus on the United States means that it often erroneously views India through the frame of U.S.-China relations. For example, a recent op-ed by Tsinghua professor Li Xiguang made the astonishing claim that Himalayan countries (read India) view the Himalayan border and corridor through the eyes of Western analysts and “lack original knowledge production” (quefa zizhu de zhishi shengchan) on Himalayan issues. Professor Li’s prescription was for China to generously offer to rectify this lack and unify the region with its own expansive thinking along with the help of other scholars from the region.

These attempts by China to downplay not just December’s incident but the border dispute as a whole indicate a precarious misreading of the situation and the depth of India’s mistrust of China. In just the past few days, India has inaugurated several infrastructure projects along its border with China, aiming to develop the area for enhanced defense preparedness. These projects include the new Siyom bridge in Arunachal Pradesh, which will facilitate the delivery of rations and military equipment, and the recent purchase of three hundred rough terrain vehicles that can be used for the transportation of loads and casualty evacuations in high altitude areas.

While the risk of uncontrolled escalation on the border is said to be low, these sporadic clashes do nothing to mitigate the mistrust between the two nations, and instead deepen their rift. The ongoing instability is exacerbated by China significantly underestimating the importance that India places on the border and the occurrence of these clashes. For the bilateral relationship to improve, or even to maintain the status quo, China needs to take India’s concerns seriously.