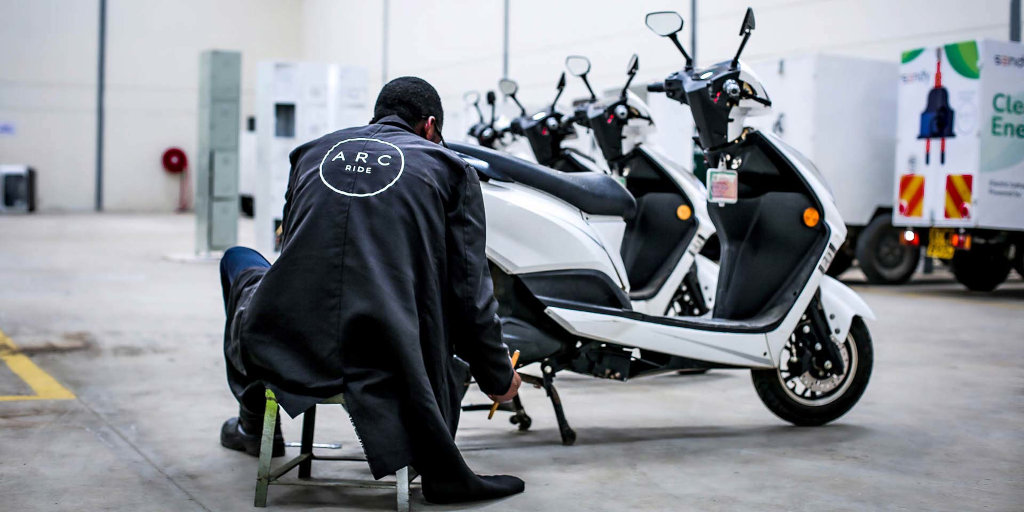 The summit season has kicked off big time in Southeast Asia, and green vehicles are in the spotlight. Local police are even riding electric motorcycles to escort delegates. You probably saw it on the news.

“Many companies are realising that electric two-wheelers will be first taken up in this part of the world,” Vivek Lath, a partner at McKinsey, said in an interview in Singapore on Friday. “It’s a segment that’s going to accelerate much faster.”

Southeast Asia’s cities are crowded, and smaller, more nimble vehicles make more sense. Add to that the pollution caused by poorly maintained two-stroke motorbikes and the switch to electric makes perfect sense. I’ve been to Bali too, and it’s evident battery-powered cars are still too expensive for the emerging middle classes in Southeast Asia — but most can afford an electric two-wheeler.

Rahul Gupta, an associate partner at McKinsey, believes electric two-wheelers could make up as much as 50% of the overall motorbike market in the region by 2030, compared with as low as 20% for cars. “Countries like Indonesia and Vietnam — already big markets for scooters and motorcycles — will drive that growth, particularly as last-mile delivery companies such as Grab and GoJek commit to shifting their fleet entirely to electric vehicles,” Gupta said.

“Indonesia Battery Corp., a state-owned EV maker, plans to produce 50,000 battery packs for two-wheelers next year to support the some 115 million motorcycles it sees eventually running on the country’s roads.”

So, we will be seeing more of these electric two-wheelers — not just in summit season.

“India’s Hero MotoCorp, the world’s largest two-wheeler maker by volume, last month unveiled its first electric scooter under the sub brand Vida. One neat feature for neighbourhood short hops is a limp-home safety function that will limit the scooter’s top speed to 10 kilometers per hour, allowing it to cover up to 8 kilometers on a near spent battery,” Bloomberg writes.

“Even companies in developed markets in Asia are getting onboard. Japan’s Honda Motor is doubling down on its plans to introduce electric motorcycles, with a target of rolling out at least 10 models worldwide by 2025.”

Auto Punditz tells me it is hard to get accurate data on the extent and speed of the transition, but offered me this as a possible mine.

Electric motorcycles are more recreational or enthusiast driven in the USA and Europe. In Asia, they are mostly practical, cheap vehicles to get people from A to B. Like in Europe and the USA, here in Australia, it is more a case of two-wheelers being a hobby vehicles, but for our nearest neighbours it is a great step forward for daily transport needs and we should all keep that in mind when writing about the EV revolution around the world.