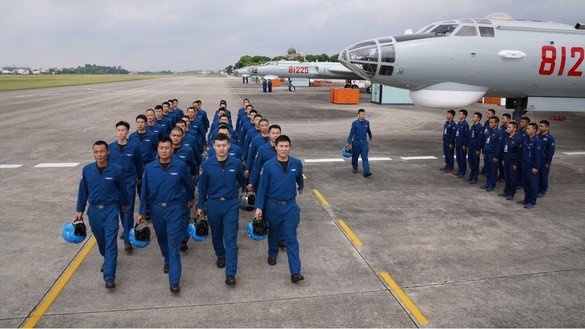 Chinese Ministry of National Defense spokesman Wu Qian said at a press conference that the so-called “original lines” or any other unilateral demarcation of the border by Taiwan would be illegal.

Colonel Wu Qian commented on the matter after being asked to comment on a recent allegation made by the head of the Taiwanese defense establishment regarding the Chinese Navy’s alleged guided missile destroyer Xiamen to the so-called territorial waters of the island, where the Ma Kong-class warships are located. » Taiwanese Navy.

Any attempt to demarcate the border by Taiwan will be regarded by us as illegal. Taipei does not want to recognize itself as part of China, but at the same time cannot accept the presence of our troops in this region, believing that our country [PRC] allegedly poses a threat to the national security and territorial integrity of the “Taiwan region”. I would like to caution some officials of the Taiwan Democratic Progressive Party against their loud calls, clearly overestimating themselves that if anyone dares to separate the peninsula from China, the People’s Liberation Army of China (PLA) will take strong measures to suppress all immoral attempts at this direction
– said the military.

Recall that Chinese high-ranking officials have repeatedly pointed to the US encroachment on the sovereignty and territorial integrity of China in the issue of Taiwan, which the country considers its province, adhering to the principle of a united China. Russia also belongs to the countries holding a similar position.

Taiwan foreign minister: China may scapegoat us over Covid protests
China’s trade plunges to lowest level since 2020 amid COVID curbs