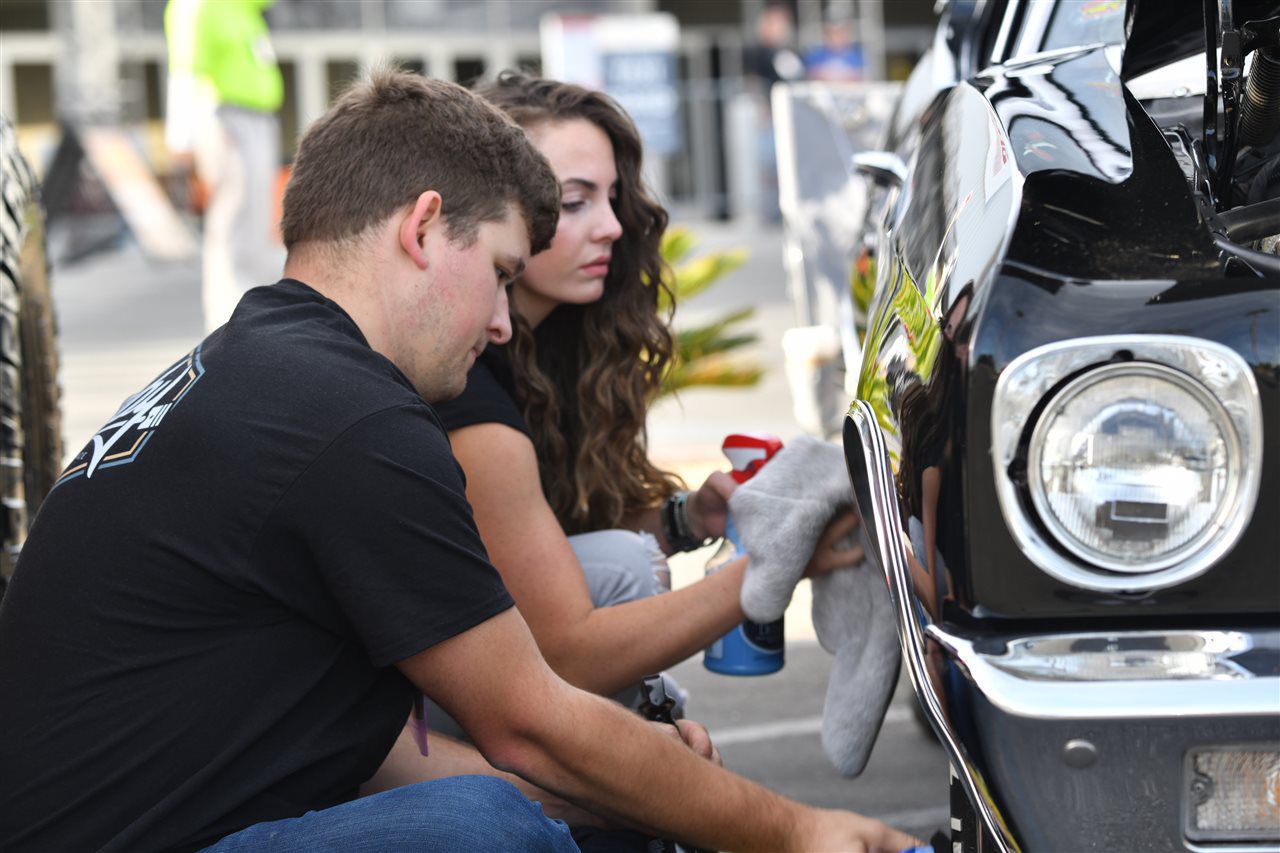 London (19/2 – 40). With reporting from BPT. For many car owners, their vehicle is an extension of their personality — and as such they customize it to reflect their individuality and uniqueness.

That’s particularly true for young car enthusiasts ages 16 to 24, who spend $7.2 billion each year customizing their vehicles, according to a recent study by the Specialty Equipment Market Association (SEMA).

“More than 7.9 million young people customize, modify or upgrade their vehicles each year,” says SEMA Director-Market Research Gavin Knapp. “Their vehicles not only help them get from A to B, they are also an integral part of their social lives.”

Car modifying is an exciting creative outlet that lets young people express who they are. Larger projects become group projects, and mods give them something to talk about with friends. Here are some modifications young customizers perform on their cars:

Wheels and tires: Almost half upgrade these elements. Original tires are upgraded to all-season models, performance slicks, off-roading tires or low-profile versions. Swapping out standard wheels for lighter options made of aluminum, alloy or carbon fiber enhances both the look and performance of any given car.

Interior mods: From simple changes like upgraded floor mats to more intricate modifications like installing a new dash kit or replacing upholstery, 16- to 24-year-old enthusiasts feel enhancing the interiors of their cars is just as important as modifying the exteriors. Changing the seats alone can result in a more comfortable ride.

Lighting: Lighting modifications are some of the easier and more common upgrades performed by young car aficionados. Most exterior lighting upgrades consist of replacing the taillight and headlight covers, switching lightbulbs and/or adding lighting kits. Inside vehicles, customizers easily personalize looks by changing cabin and dash lighting to different hues.

Mobile electronics: Upgrading a car’s sound system remains a priority for young enthusiasts, including new stereos, speakers, amplifiers or anything else that enhances sound to their liking. Other electronic upgrades may include new GPS systems, dashboard cameras, alarm systems and/or Smartphone connections.

Performance enhancement: Young customizers enhance the performance of their cars by switching to aftermarket high-performance oil, fuel additives and engine treatments. By replacing original equipment such as brake pads and rotors with lighter counterparts, they can also lower vehicle weight. Modifications like an updated suspension system, exhaust kit, drivetrain and/or intake system can help a vehicle perform at a different level.

Those are just a few of the many types of vehicle modifications young enthusiasts routinely perform on their vehicles, made possible by the many options available to them in the $43 billion automotive aftermarket industry.

Manufacturers introduce their latest products and services every year at the SEMA Show in Las Vegas, the leading trade-only show for automotive industry businesses. Consumers can connect with those businesses at the official SEMA Show after-party known as SEMA Ignited, where one-of-a-kind custom vehicle builds with the newest aftermarket products (including wheels) parade out of the convention center to the ultimate car show. For more information, visit www.semaignited.com.

Myanmar: military will win in the end
Cami Strella Neuroscience Can be Sultry